Snakes are some of the scariest animals to many people. Most humans do not like being around them, whether the snakes are venomous or not. If you are one of those people who want to keep snakes as far away as possible, you have come to the right place.

I have been doing research in hopes of learning more about snakes and what repels them. Amongst the things I learned, there was one exciting story about ropes used to keep snakes away. This was something that I realized many people were interested in, so I decided to look into it more closely.

Upon close examination of the problem, I have concluded the effectiveness of ropes as snake repellents. I also found a few other methods that help keep snakes away from you. So, if you want to learn more about this topic, stick around for the entirety of this guide! Will a Snake Cross a Rope? Is It Myth or True?

As soon as I looked into the topic of ropes repelling snakes, I found many stories saying that cowboys or even soldiers used this method. I was eager to find out how effective the rope was in repelling the snakes and how it helped repel the serpents. I was surprised to find that the rope that no actual repelling effect on a snake whatsoever!

If you fear that there might be snakes in your surroundings, you are better off leaving that area than letting a rope protect you. The rope will not do anything to deter the snakes – most of them will crawl over it without a second thought. It does not even matter what kind of rope you are using – it can be a hemp rope or horsehair rope, braided rope, or a rope from scratchy synthetic fibers.

So, this story turns out to be a myth. It must have been spread by people years ago. Back in the day, they did not have any anti-venom treatments, repelling sprays, or even snake fences. They had to rely on others, so some might have hopes that ropes would do the trick.

But I have discovered that this is not always the case. During your next trip, you can experiment by setting a rope around an area and seeing if snakes will approach it in search of food. Then, you will be able to tell if this is only a myth or something that turned out to be truthful in your case.

How Does a Rope Protect from Snakes?

Let’s look into the first case.

It turns out that snakes will cross ropes without any hesitation. That is unless they suspect that the rope can harm them in some cases. For example, if their senses tell them that the rope is too prickly for their body, they might start crawling in another direction.

This is because their bellies are sensitive to some materials. The snakes might not fear horsehair or hemp ropes, but they will not want to crawl over some harsher synthetic materials. Once they get close to them and figure they are not safe, they will turn and crawl in another direction or next to the rope, but not over it.

This is good because it will give you an idea of the type of rope you want to get should you try this method. Make sure that your rope can scratch or prickle anything that walks over it. Then, the snakes will have no way of crossing it.

Most people do not realize this, but snakes are afraid of us. They do not want to approach a person because the person poses an imminent danger. If their senses tell them that there is a person near them, they will try their best to avoid the person. That is unless they are hunting something close to the person.

So, you can use this to your advantage. Place the rope close to your tent or sleeping bag in hopes that it will keep these sneaky predators away from you. Still, I have to say that this is not the best repelling method, so I do not quite recommend it. You can use it, but only if you pair it with one of the other methods mentioned below. So, make sure that you check out those methods as well.

Does a Rope Really Help to Keep Snakes Away?

A rope will not deter snakes; I have covered that thus far. Still, many people swear by this repelling method. Let’s see what the logic is behind this belief.

I have realized that ropes look a lot like snakes – they are long and thin, while you often find them lying on the ground. So, the snake might think that the rope is another snake and not want to approach it for fear that it might get attacked.

This makes sense. But are snakes afraid of other snakes?

It turns out that snakes do not fear other snakes. They do not fear approaching them because the snake can use its teeth to crush the other snake's skull and lead it to death. So, there is no reason for them not to want to approach it.

Yet another thing to consider is that snakes have strong senses. Their vision might not be the best, but they can smell another of their kind from a mile away. So, they will know whether it is animals or some other things standing in their way. That will help them determine if they want to proceed to crawl on that path or not.

Another thing to know is that if the snake smells food, meaning actual food or some smaller animal, they will cross any type of rope they come across. The smell of their food will be so strong that they will be in full predator mode. Then, they will not mind crossing over a rope – they will do it without giving it a second thought.

So, the rope does not help keep snakes away. Make sure you remember this if you are visiting an area known for having snakes around. Get some stronger repellent or some other repelling device aside from the rope to protect yourself and your loved ones.

Will a Rope Around the Sleeping Bag Protect You from Snakes?

The rope around your sleeping bag will not protect you from snakes. At least it is not very likely to. Your presence will keep the snakes away because snakes do not like approaching people. As much as we fear the snakes, they also fear us!

There are a few cases in which snakes will dare approach people. For example, hungry snakes do not fear approaching a human. If you have food or garbage around your sleeping bag, or if some rodents are circling you, the snake will come crawling.

Also, snakes might dare approach people if they are trying to get away from something. For example, predators like birds or larger animals can hunt snakes. So, if the snake tries to escape the predator, it might come near you.

But snakes are not likely to come crawling in open areas or areas that do not have high grasses. So, ensure that you set your tent in such an area and that you will be good to go. It is always a good idea to have a backup repelling option, so consider taking something sure to repel the snakes if they dare approach you. What Are the Other Methods to Keep Snakes Away When Sleeping on the Ground?

I already told you that no kind of rope is effective as a snake repellent. It does not matter if you have a quality hemp rope, braided rope, or some horsehair rope – the snakes will cross it. But there are some other repelling options that they will not be able to ignore. Let’s look into them more closely and see what they are all about:

Use a snake repellent

Snake repelling sprays exist, and they are not that expensive. The chemicals used in the spray are so strong that they will affect the senses of the snakes and keep them away from the area. You get the spray in a spray can that you can use in whatever area you like.

If you cannot find a ready-made repelling spray to get, you can make your own. People have reported that ammonia, mothballs, sulfur, red pepper, or even lemon detergent works great as snake repellents. You can mix two or more of these ingredients and use them to keep snakes away from you.

When you arrive at your campsite, make sure that you clear it out. Areas with high grasses are more likely to have snakes around as the snakes like to hide in the grass. But to keep them from crawling in that area, you should try to cut the grass as short as possible.

The same goes for your yard, not only remote campsites. Keep the grass short if you want to keep the snakes away. But be careful when cutting the grass – if there is a snake there at the moment, you might anger it and cause it to bite you.

Snake fences are also quite effective as you put them deep in the ground, and they go pretty high in the air. That makes it impossible for the snakes to cross them. But snake fences are not that easy to put up on campsites. So, they are not always a valid option. 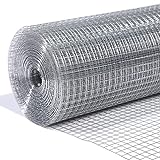 Snakes will cross ropes to get to an area with clutter or garbage. They like to crawl around in the shadows of the clutter, especially if the area is also cold. They also like garbage because they look for food in it.

So, when camping, ensure you do not leave clutter or garbage around your tent or sleeping bag. Keep the trash away from you while also trying to keep a neat campsite.

Thank you for sticking with me through this guide. Remember that snakes cross ropes, so the rope is not the best type of snake repelling option you can use.

Consider trying out some of the other repelling methods mentioned in this guide, and let me know if you found them effective or not. I cannot wait to read all about your experience!